I recently flew from Manchester, England, to Philadelphia. As it was the port of entry into the US, all passengers had to go through customs. There were two lines, one for visitors and another one for US citizens and green card holders. The lines went from Philadelphia to Kansas City and back. It took me 78 minutes to get to the customs officer. There were 60 border patrol booths, 56 of which were totally empty, leaving just 4 officers to contend with tons of smelly, cranky, unkempt, constipated passengers. Thousands of people had to wait for over an hour while the entire process could have been done, seamlessly, ON THE PLANE, while passengers usually waste time, snore, fart, and make a total mess of the aircraft.

The flight from Manchester took approximately 7 hours. If we would have had 2 customs officers checking passports of 200 passengers at a rate of 2 minutes per passenger, in little over 3 hours we would have been done, giving customs officials enough time to enjoy re-runs of Parks and Recreation, not to mention the free pretzels and the opportunity to know some of the countries from which they incarcerate illegal aliens.

If you assign a monetary value to the time wasted by thousands of people in the Philadelphia airport — who could have been stimulating the economy by gorging on big Macs and buying laxatives — plus the cost of Febreze to eliminate unwanted passenger odors, sending two officers on every plane coming from overseas more than pays for itself. I got the inspiration for this brilliant idea from none other than American Airlines, which is trying to be a model of efficiency and recycling.

Flying to New York with my wife to visit our son, I discovered, and this is true, that the airline uses coffee bags as air fresheners in toilets. At first I thought I was mistaken, so I went to a second toilet, and sure enough, there it was, sitting on the counter, next to the tiny lavatory, another coffee bag, the kind you put in airplane percolators. If you don’t believe me, have a look below at the picture I took. That was American Airlines.

I flew back from England with US Airways, now part of the “new American Airlines,” and what do you know, there it was, the coffee bag in the toilet. Thank God I don’t drink coffee, but I could not help thinking who was going to drink the half urinated coffee after the flight attendant recycled the coffee bag from the toilet. I’m sure flight attendants keep a list of difficult passengers. We need more companies like American Airlines that know how to recycle, how to be efficient, and how to punish difficult clients. 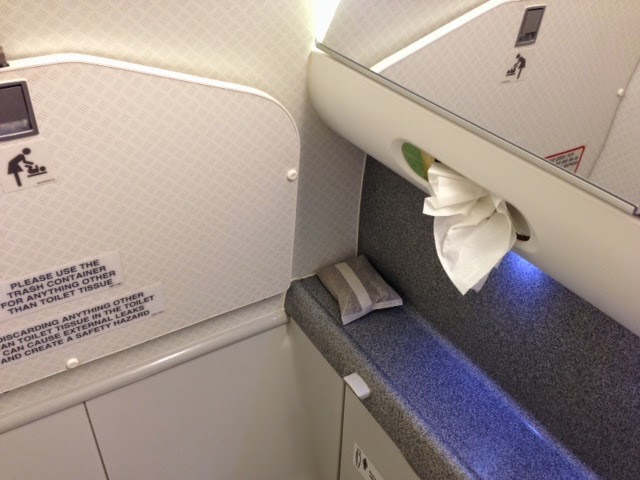 Covidiocy and coronation: 2020 words of the year

The Four Questions of the Passover Seder: Corona Version

The first in a series of books combining humor and science to improve individuals, organizations, and communities.